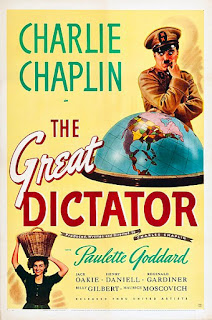 "...the continual effort and alarm attendant on a state of continual danger will compel nations the most attached to liberty to resort for repose and security to institutions which have a tendency to destroy their civil and political rights. To be more safe, they at length become willing to run the risk of being less free."

Although Hamilton was commenting on the effect of chaos from war upon a nation, this is also the clue to why a propagandist stimulates continual chaos.

The foremost writer on this subject, the French philosopher, Jacques Ellul warned long ago that the propagandist needed:

"...continuous agitation... [that was] ...produced artificially even when nothing in the events of the day justifies or aroused excitement. Therefore, continuing propaganda must slowly create a climate first, and then prevent the individual from noticing a particular propaganda operation in contrast to ordinary daily events."

Almost 40 years ago in an address to a Royal Society gathering focused on public information, I drew on Ellul to urge awareness about how we are all propagandized. As the most educated, intelligent people in the community, my audience was the most propagandized, because they:

(1) absorbed the largest amount of second-hand information;
(2) felt some compulsion to have an opinion; and
(3) considered themselves capable of "judging."

When our world view is so dominated with one leader's name, with the media conducting endless analysis and regurgitation of that leader's statements or views, we are being abused.

It's time to imagine a better way.

One lesson from the Covid-19 experience is that social distancing works - by analogy, we should separate ourselves from a propagandist's messages and the "busy work" of reacting to them. You can keep the virus known as propaganda at a distance too.

The actor Peter Finch, in the film Network [here], satirically modeled a first step along these lines when he declared:

Otherwise, as Ellul also warned, each of us can become:

"...suited to a totalitarian society, ...not at ease except when integrated in the mass, ...reject[ing] critical judgment, choices and differentiations because... [we] ...cling to clear certainties... assimilated into uniform groups and want[ing] it that way."

Internationally, peaceful protests have shown one way to divert such a dismal future. It's time to imagine,  among the many choices, how you will deploy your talents in 2020.

Is there nothing you can do? What will you do?