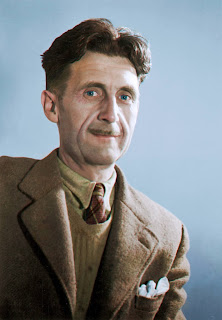 Have you ever wondered why some people convey a sense of optimism, energy, or other positive feelings when they speak? Often it's a smile, or eye contact, or attentiveness with facial or another nonverbal cue that puts a ray of sunlight into a conversation.

Also though, it's the words we choose that help shape such feelings. Even after the passage of so many years, inspiring speakers like Martin Luther King Jr, Sir Winston Churchill, or several Kennedys, when read again, will inspire once more.

Within their words are images of light, upbeat rhythm, and invitations to a better future. It's all in the words. Or more precisely, it's what we find in the words. Beyond what words denote is the power we give to what they suggest.

When Churchill visualized the life of the world moving "forward into broad, sunlit uplands" or spoke of the "island home," which he called upon the British to defend, he rekindled treasured feelings of belonging, of place, and a life worth living. He brought to the foreground, in minds and hearts, some hope for what might be, amid the mayhem and misery of wartime realities.

This comes to mind vividly while reading and enjoying Thomas E. Ricks's intriguing dual-biography, Churchill & Orwell, The Fight for Freedom, alongside George Orwell's Homage to Catalonia.

Despite Churchill's own periodic challenges with what he called the "black dog" of depression, the positive power of his words somehow connected within neurons, delivering hope and purpose in himself and in others. Against this, the dark words of opponents looked off-putting, or plain, or sometimes even underwhelming.

Likewise, in George Orwell's writing, amid vivid descriptions of tough times and experiences in the Spanish Civil War, he projects a spirit of hope and possibility, for the ascent of human dignity from what the ramshackle human efforts in that war might be able to accomplish.

Today, it's still possible to find words of light, separated from the projected fantasies of carnage and apocalypse that appeal to those wired for conspiracy or other dark arts, like autocrats and their co-conspirators. Slogans like one seen on a t-shirt recently, "vax–over my dead body" will appeal to those wired for the dismal, dreary, and macabre; but anyone who respects facts will reflect on that cheery thought, and see the ironic inference about the destiny of the myopic.

Shifting metaphors, if we are what we eat, it's reasonable to believe that we feel what we hear, see, and read. No great discoveries in neuroscience are needed to tell us that choosing the light and the bright matters, including the words around us. Through the words that we encounter and the words that we choose, we effectively "wire" our own world view.

So, here's a short-list of words in Orwell and Churchill that leapt from just the first pages of each, as they dealt with sombre scenes: Orwell, powerful, liking, affection, spirit, bridging the gulf, liked, stuck vividly, memory, special atmosphere; and, Churchill, repair, heroic, best troops, best trained, fought well, think of the future, safely back, very large and powerful.

Often, both narrated hard realities, yet their language was peppered with optimism. We should all feel free to use such words, to encourage others to use them, to add to a list to keep handy for frequent use; perhaps sometimes they can help build spirits, to navigate better paths whenever dark forces are in play. These are words that wear well, and have no use-by-date.

Of course, much more is at work in Orwell's and Churchill's language than just the presence of such words. They weren't just tossing together word-salad. Each deals with the difficult, yet is up-lifting. Each chose a place and purpose for every word in relation to others–creating patterns in syntax that shape minds and hearts. These are places to explore another time.

For now, Orwell and Churchill (and Ricks) are calling to more lighter and brighter, to enjoy.