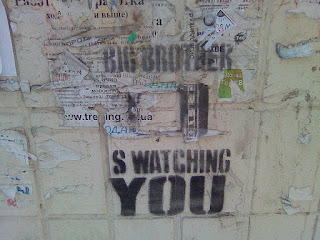 It's time... Being hooked is bad. The media are hooked on themselves, so why not us too?

Look around you - it won't take long to see someone chained to catching the latest meaningless but dangerous inanity.

Media analysts for years have noted the media's preoccupation with the big 5 = Disaster, Celebrity, Crime, Sex, and Violence.

Anytime media can capture all 5 categories in one story, especially in politics, wow, what a story! And, there you have all wrapped into one what people living in New York City saw long ago. But ground-hog day is no longer just a movie.

This is the bigger story of why it's time to ignore the nonsense. Time to tackle what matters now.

Better to take actions I've suggested in earlier blogs. Do get right your words to push back (save energy to push back on the big lies), turn off the media for most of the day, talk to your friends, build personal networks, and... chill.

The serious observers of propaganda knew this long ago. Of course, right now the technology is already in many TV's for the 2-way scary big brother screen that George Orwell warned about (not a conspiracy theory, just fact). But unlike Orwell's "Utopia=Nowhere Land," we can turn the screen off, for now.

Not new. As your quick google search will confirm: "Julius Caesar's influence provided Augustus with manipulative techniques he would need, such as literature, statues, monuments, and coins in order to gain preeminence in Rome."

In other words, what Jacques Ellul has warned about as a most dangerous propaganda: social-propaganda. That is, what our preoccupations build into the social fabric, of media, conversation, education, arts, statuary, etc of society. Sound familiar?

It's time. The future is in our hands.