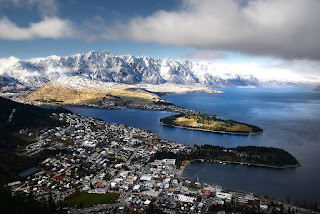 Regularly counted on but little noticed are some words that appear to have not much meaning, but a lot of use. In English, one of the most innocuous words, the, is thought to be the word that we use the most.

We may take the article, the, for granted partly because it delivers no meaning by itself. Yet some estimates put it at 5% of every 100 words used. Considering that each of us uses an estimated 20,000 words actively (Schumacher 2020), this means just three letters carry quite a load in our communication. The way function words like the work is specific to a context, and some languages get along just fine without the or an equivalent, or use an affix to a word, or a demonstrative in its place.

When you look at some uses of the, it's clear why we like to use it so much. The helps us understand what's being referred to. It's used to help quantify, for example, "the slice of pie." It signals something special about "the place," rather than just being "a place." It makes distinction between a lapse of memory any of us might have, which nonetheless causes grief to friends, family, and the person who experience it, and concern that this foretells the lapse of memory.

Shakespeare has us ponder which King is referred to in Hamlet when the guard utters "'Long live the King,' soon followed by the apparition of the ghost: 'Looks it not like the King?'" This is discussed in a piece from the BBC listed in the references below, which points out that the serves in this case as "a kind of 'hook'... [used] ...to make us quizzical, a bit uneasy even." As the author of that discussion points out, the also adds substance to a phrase like "the man in the Moon," with the naming presuming that "he" exists. (Jackson 2011)

In this direction, we sometimes use the to dignify or attribute power and authority, as in the President, yet omission of the might have different effects in different nations. The British simply say "Yes, Prime Minister," both for directly addressing the Prime Minister and the for the celebrated television series of that name. On the other hand, people in the United States preface addressing "the" President with "Mr.," or in the future "Madam."

In other situations, we use the to give concepts gravitas, as in "the climate crisis" or "the silent spring," whether or not all details are known or knowable. In relation to interpreting the United States Constitution, the media and popular usage have probably unwittingly dignified a current crop of Associate Justices within the nation's Supreme Court by referring to them as "the originalists."

But the, like all words, needs to be understood in the linguistic and broader social context, and "the Founders" surely have more dignity, significance, and authority than the so-called "originalists." Both those "originalists" and others pay lip-service, at the very least, to the historical significance and greater wisdom of "the Founders." It must therefore be willful blindness of the current propagators of originalism that enables them to conveniently overlook the recorded suggestions from “the Founders” that the Constitution would need to be interpreted, adjusted, or changed to accommodate unforeseen or unforeseeable circumstances.

Associate Justice Scalia was politely but firmly invited to explore this broader view as long ago as 2010 when he visited Australia--by Justice Michael Kirby, formerly of the High Court of Australia. I mention this in my recent book, in the chapter on Kirby, at pp.181-2 available at his website [here]--Kirby's complete "public conversation" with Scalia is referenced below.

Another word much-used in some public talk is very. It's used to provide emphasis or assert significance. Pseudo-populists especially overuse very--probably because they're attracted to its emphasis of the extreme, without referencing anything specific. They seem to hope that accumulated uses of very will make what they're talking about have greater importance than what's merited.

More favored by some public figures is remarkably. This seems to resonate with significance or substance in ways that very does not. The versatility of remarkable and its variants is as the word itself denotes, provided it's not overused or used in ways that make the person using it seem "stuffy."

At its root meaning, "remark..." reminds of situations that involve people, in a way that very does not. When we talk about making remarks, rather than "speaking" or "presenting" to people, for example, we infer more of a conversational experience. Other nuance, like some sense of scale, is wrapped into remarkably, which the vagueness of very lacks.

The conservative Australian politician, Sir Robert Menzies, drew on the nuances of remarkable and its variants with his remarkable speaking ability--engaging audiences and enabling him to retain the role of prime minister for almost twenty years. Against the fears that he stoked about the disunity of his opponents, he recommended the progress accomplished through the stability of his own governments by pointing out to voters that "we have enjoyed in Australia 12 years of remarkable growth and remarkable prosperity, with a remarkably high level of employment, notwithstanding small occasions..."

Likewise, remarkable was favored by Labor prime ministers noted for making more substantive commentary, like Gough Whitlam speaking to the Washington Press Club, "In the wake of the remarkable events in Indo-China..." or Paul Keating in his Redfern Park Speech, "...we can build a prosperous and remarkably harmonious multicultural society..." Justice Michael Kirby, in his law reform advocacy, similarly uses the word for emphasis, "...bring home to us all the remarkable changes in the makeup of our country."

And once alerted to the strength of remarkable, it seems like the word pops up in many places--rather like the owners of the Volkswagen "Beetle" would notice that Volkswagens were everywhere. Apparently I've caught the habit for my recent book at least, using remarkable and its variants 13 times, in addition to quoting others.

But it's challenging to find a greater visualization of the power of such words than the New Zealanders' name for the mountain range featured in the opening photo to this blog post. Geologists will point out that geologically older mountains are weathered and worn down over time. It's believed Britain's highest peak, Ben Nevis, only survived erosion because it collapsed into a chamber of molten granite magma. New Zealand's tallest mountain, Aoraki/Mt. Cook, is more than 2.7 times higher than Ben Nevis, being among the many mountains thrust up through New Zealand's "newer" geological activity.

Of the words discussed here, it only takes two to spotlight the grandeur and scale of the mountain range neatly and truly as The Remarkables.

Michael D. Kirby (2010), The Internalisation of Domestic Law and Its Consequences, Public Conversation between The Hon Justice Antonin Scalia, Associate Justice of the Supreme Court of the United States of America and The Hon Michael Kirby, Justice of the High Court of Australia, 1996-2009, 9 February, Website Speech No. 2441, pp. 1-21, https://www.michaelkirby.com.au/images/stories/speeches/2000s/2010_Speeches/2441.PublicConv.Scalia&Kirby9February2010.pdf

Hélène Schumacher (2020). "Is this the most powerful word in the English language?" 31st December, BBC, https://www.bbc.com/culture/article/20200109-is-this-the-most-powerful-word-in-the-english-language