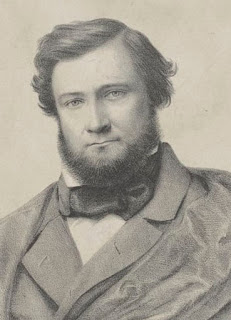 Not a new phenomenon.

Or, from Australia's Peter Lalor at the Eureka stockade: "We swear by the Southern Cross to stand truly by each other and fight to defend our rights and liberties." (in 1854)

Yet, hearing a broadcast anchor today object to the "violent rhetoric" of the crowd that worships AR-15’s and oversized engines to impose their egos on others still felt new.

What's common among these cases is that the disputants do not allow for solution, other than by winning. What's new is that some of us thought violence was supposed to be contained in civilized society.

Norms & Laws
When propagandist self-dealers rule by sweeping aside norms and laws, all the hand-wringing in the media will only do so much to advance a nation's self-correction. Voting might only do so much too.

Pundits still talk as if norms and laws are going to spring back, resuscitated and freed from the grip of bad actors. IMHO, no laws and certainly no norms by themselves, even assuming they are diligently and actively executed, will truly control the bad actor whose smarts are every minute pursuing crooked actions.

Unless national self-correction is backed, as appropriate, with punishment, intervention/therapy or disregard of bad actors, then representative democracy faces a rocky road ahead.
Of course, joining the AR-15 crowd, who want to copy the most infamous barbarians before and since Xerxes crossed the Hellespont to conquer Athens back in 480 BC, might be attractive to barbarians.

No sane person wants a repeat of the human history that saw loss of lives in battles on a scale equivalent to what COVID-19's short trajectory has caused already. Mostly, some of us would like the pitch of public talk tamped down. We'd like the promises of life, liberty, and the pursuit of happiness assured.

After all, don't we expect the people we elect to deliver peace of mind? Isn't that why our forebears risked so much to demand better of tyrants?
at June 19, 2020 No comments: