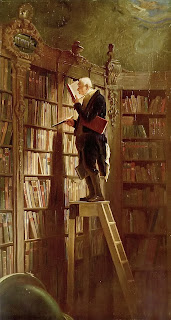 Policy wonks long believed healthcare delivery to be governed by considerations of Access, Quality, and Cost - and, that it was possible to address any two, but not all three satisfactorily. Policy prophecy can be self-fulfilling, or worse, as we now know from endless hours dealing with health insurance companies, pharmacies, and the others fiddling in this space.

Hype among policy determiners often has self-fulfilling effects. The preoccupation of the news media with ratings and advertising sales has predetermined the constraints within which the most creative editors, journalists, and others are bound to work. Progressively, added to the mix are the effects of new tech.

How social media might relate this news is anyone's guess. But more interesting is the hype that tech fashion has self-perpetuated, as well as its long-term effects.

Over a decade ago, the CEO of an early online search firm shared his surprise with me that his teenage daughter showed no interest in participating in that rite-of-passage of earlier generations, of proving skills enough to obtain a driver's license. Her answer, living in a city, was to text a friend, if she wanted a ride to go somewhere; and soon afterwards, there was Uber!

Now, it's reported that, in a nation whose people seem otherwise sensible, the National Library of New Zealand is set to "de-accession" over 600,000 "Overseas" Books collections, including Shakespeare, Cervantes [that should stop future tilting at the windmills of wonks!], all the classics, and much more. Oh, and just about any other non-New Zealand literature you might (or might not) be encyclopedic enough to remember. Some policy wonking, eh?! Even the shortlist for the chop, identified in a World of the Written Word blogpost on July 9, is remarkable. [Here: two blogposts on this]

Interestingly, the Internet "Library" chosen as New Zealand's substitute knowledge repository, unlike a physical library, appears not to compensate authors still in copyright, or their publishers' production efforts - no mention of either buying or re-buying books, as other libraries do, much less per page lending and payment systems so common elsewhere. Naturally, an author association and publishers are mounting legal challenges to the presumptions underlying the approach, with proceedings still winding through the courts.

Also not considered important apparently are the realities of digital storage decay, or who will really take care of the periodic re-"saving" that will be needed for such mountains of information in yet-to-be developed new digital formats. No indication that the so-called Internet pirates discussed in the more recent blogpost, who are to be the substitute caretakers of this knowledge resource of New Zealand, have any more concern about this or other consequent losses than the library policy wonks, who seem fine about glossing over the losses to the nation in deciding on their approach.

Such wonks will likely remain enamored with the idyllic fantasy portrayed by sci-fi movie actors, who talk to computers to retrieve any information that the movie script, written by someone else, has told them how to request.

At the risk of sounding even more like a dinosaur, the other, even-bigger effect that pops up regularly in the news is the ambiguous security of our infrastructure, national and personal, which we are all governed by. Amid these apparently uncontrolled forces, there are some things we can do.

Which is where the title of today's blogpost comes from. ".0001%" was roughly the percentage return, calculated over the years, of the actual enrollment in our "hackathons" that resulted from social media, in a highly tech community--in other words, insignificant in this group. Of course, with different resources to drive the social media, including automated systems and expensive demographic data, and/or with very much larger population groups, and/or with physiological pre-testing of messages, and/or, etc., etc., others do better.

Just have to look at the social media election exploitations in the United States and other countries, where the first or strongest in a territory/nation with relatively developed resources has done well, especially where the opponent gears up little or not at all with social media, in offense or defense. But the distance between results and hype in our modestly resourced "hackathon" marketing efforts always stunned us.

As you might have guessed, what worked to engage participants in our "hackathon" competition, and in all the other big computer-coding events we surveyed in Michigan, Boston, and elsewhere, was word-of-mouth/person-to-person. As my tech-student colleagues found, what worked was standing, day-after-day, in the university quad and food court, handing out flyers; inviting personally; and, yes, email still lives... with personalized email follow-up.

This also applies to dismantling propaganda, by restoring dialog. Or, nurturing critical thinking (socratic dialog doesn't seem to fly on social media). Or, inviting others to join a cause. Zoom calls in these times are helpful.

It will be best for us all the soonest and more completely that the United States, or for that matter any nation or community, finds person-to-person ways to further enliven the community interactions that shape democratic strength.