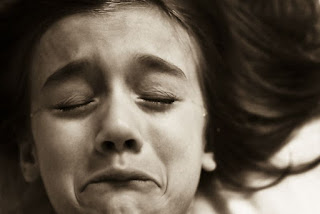 "Triste"
photo credit: Arwen Abendstern, Fickr by Wikimedia CCA-BY-2.o Generic
As the inexorable grind of the United States legal processes progress in the coming months and years, accountability for words will come into even sharper focus.

Scrutiny of the gossip-sphere of social media might finally see some requirements for reasonable behavior beyond the user agreements of social media companies that this week proved to be valuable.

Capitol rioters are about to discover in court how sophisticated the tools of law enforcement have become during recent decades to detect bad behavior online, before and after a riot.

Skilled analyses of the public and dark webs, assembling evidence of involvement and intent, are just some of the tools that are now routine in much law enforcement. Two decades of efforts to anticipate the intent of terrorists, by analyzing behavior and language, have delivered many advances in detecting intent.

The tools of language analysis to attribute authorship from relatively small samples of text are also much more refined. Stylometry techniques commenced almost 100 years ago have developed further from 50 years ago in Sweden and Britain to arbitrate the authorship of plays by Shakespeare, Fletcher, Marlowe and Middleton. Almost 40 years ago, I used stylistic analysis of language to advise the Director of Public Prosecutions on the likely authorship of an accused murderer's disputed police record of interview.

Of course, so many criminals seem driven by belief in their own superiority that the "knock at their door" by law enforcement in coming days, weeks, months or even years will likely still be a surprise.