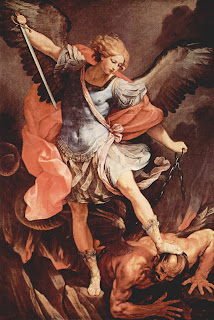 In 1952, the iconic educator Robert Maynard Hutchins completed publication of the substantial, multi-volume Great Books of the Western World. These include two volumes discussing a hundred or so Great Ideas, as well as detailing references to these ideas in the Great Books. This has special interest as the United States continues to travel its extended exposé of the white-ants of democracy--and, who knows, perhaps their eventual accountability?

Reading now what Hutchins and his editors compiled seven decades ago offers some insight about the values in prominence then, compared to the present. The complete Great Books was exploratory and ambitious in many ways, but it inevitably incorporated some assumptions of that time that are not acceptable today, including sexist language and the conscious exclusion of Eastern thought.

Importantly though, and more positively, the Great Ideas that are discussed in Volumes I and II, along with the entire 54 volumes, illuminate many personal values considered important to daily life--like wisdom, courage, prudence, and justice. Unsurprisingly, not listed are the modern media's five main preoccupations, of "Disaster, Celebrity, Crime, Sex, and Violence."

The Great Ideas commence with "Angel," then continue alphabetically through "Good and Bad," "Government" and so on, to eventually wrap up with "World." "Grifters" don't rate a mention, although we know from other sources that, along with "Charlatans" and "Crooks," these certainly found their way into all sorts of places, including government then and now.

As early as the "Cs" the trend is clear, as "Citizen" is given its due, along with "Constitution, Courage, Custom and Convention." Publishing so soon after the world's narrow escape from the domination of notorious tyrants in Europe and Asia, Hutchins and his editors also thought "Democracy, Dialectic, and Education" were each worth individual attention.

Further along alphabetically, "Happiness" is priority enough to capture 26 pages of exploration (pp. 684-710). The separate treatments of "Law" and "Liberty" collect 50 pages more--before "Life and Death," "Logic," and "Love" take 67 pages--to close out the first of two volumes on what Great Ideas mattered to civilization. You get the idea, so to speak.

The second volume also has interesting reminders on perspective, including "Oligarchy, Principle, and Punishment," before explaining the values in "Reasoning, Rhetoric, and Sense," or contrastingly in "Sin and Slavery." Maybe it's not entirely coincidence that "Truth" and "Tyranny" are alphabetical neighbors, while described together are "Virtue and Vice," as well as "War and Peace."

It was something of a relief to reach, at Great Idea number 101, a 16-page exploration of "Wisdom," before concluding the volumes with an ambitious explanation of "World." Much here that is clarifying. For example, whether for past or present concerns, in a nod to wisdom, many of us will agree with Aquinas that "Free choice is part of...dignity."