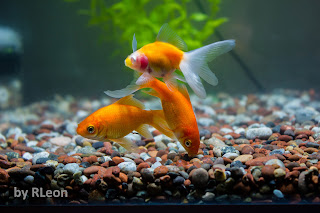 Often barely noticeable, like the passing of the date on the calendar for the change of seasons last week, are many adjustments to how we live. No such luck with the impact of COVID.

This was clear early. Unfortunately, the projections in my first blogpost in May last year about the likely changes in services for daily needs, education, and other areas of life were close enough to what happened. Apparently, crystal-ball gazing can get some things right.

From the 1970s, Heidi and Alvin Toffler scrutinized data to make large-scale, largely accurate predictions about the world we now live in. They were also mostly right about many details. From the same time, I recall predictions that we'd pay about the same price for water in a bottle as for wine, and people would be talking on portable  communicators everywhere--suggestions that were considered unlikely.

Yet, despite my years of eye-opening experience of people in politics and the media, still unanticipated was the sheer craven behavior of some wannabe leaders, who were elected to be responsible firstly for the safety and health of all of us. Who, other than the craven or complete cynics, would predict the ramshackle response of these individuals to the pandemic in the United States?

For all the ongoing efforts of countless healthcare workers and so many other service providers, whom we literally applauded in symbolic and substantive statements of support last year, here we are. With many regions in the nation well-vaccinated, and others not, and with continuing threats to the supply chain for household goods and other key imports--thanks to the back-log of ships awaiting entry to the wharves of major ports.

Part of this challenge is the ongoing threat of the anti-vax, anti-mask self-proclaimed elite, determined to endanger themselves and everyone else. A larger challenge is leadership that's lackluster or worse in too many places, hampering recovery efforts. We all know that this affects everyone. Even a child who cares for goldfish soon learns that murky water in the fish-bowl is everyone's challenge.

One lesson hopefully learned during the last five years in the United States is that the self-deluded, right along with the grifters and charlatans, will keep thriving on distortions, unless each of us makes the effort to dismantle their oppositions to reality. When will there ever be enough pressure on the social media companies, elected officials, charlatans, and some heads of foreign governments who dangerously white-ant our safety and health with well-publicized nonsense? What's very clear by now is what doesn't work: NEITHER the half-baked approach called "fact-checking," NOR repeating a propagandist's "messages" in the negative!

Getting the attention of anyone to change behavior requires smart use of the motivation process. How to encourage change in someone who is opposed to a proposition has been known for a long time. Still useful are the steps John A. McGee shared for example, in 1929 in his book Persuasive Speaking, now out of copyright and freely available on the Internet [here], with a helpful table in his book, in Appendix C at pages 268-9. McGee's basic principles remain a good guide for some purposes.

Briefly, when seeking to change the actions of people opposed to a proposition, McGee advocated that we:

1. Secure common ground by first emphasizing any agreement in attitudes, beliefs, or experiences--he described how to seek agreement on general principles, to apply a principle to the specific problem;

2. Anticipate and overpower objections with facts and testimony that demonstrate your approach is the best solution; explain it, and offer proof that it removes the cause of a shared problem, using testimony that's credible in the eyes of your audience, with examples of successes;

3. Make the results of the solution vivid with imagery, impelling motives and projections for the audience into the future, while being beware of exaggeration;

4. Request definite action, with specific ways that individuals can help, appealing to habit.

If this all sounds too long and logical, take confidence that folks who get creative have found simple, visual, and emotive ways to put a strategy like this into practice for thousands of years. McGee was just one of the first in more recent times to outline the steps so clearly.

Perhaps it's worth trying an alternative to filling the media and the air with conversations that perpetuate the divisiveness of propagandists. Smallpox, tuberculosis, polio, and too many pandemics since were eradicated not only thanks to the brilliant development and delivery of life-saving vaccines.

Equally important was finding ways to enable reality laggards to just get over it!