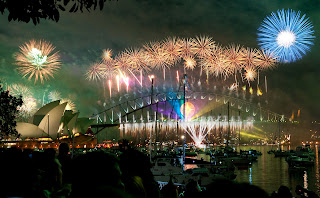 Perhaps the most substantial failure in public communication during recent decades is the not-so-combined effort to counter the death-cult of anti-vax and anti-mask propagandists, in the United States and more widely.

Since the first vaccinations against COVID commenced one year ago yesterday in this country, we've been presented with countless images on television and social media that show people being jabbed with a needle.

The media latched on to this image early. The first person vaccinated on national TV here was a nurse, who had the good sense immediately afterwards to clap her hands and nonverbally try to convey joy, as best she could from behind her mask. On-screen vaccinations of some national leaders and a few celebrities progressively followed, laudably showing the right thing to do. Then a strange series of giveaways and gimmicks were popped in front of viewers as incentives--thereafter followed continuous urgings to vaccinate, alongside repeated diatribes on dire consequences of not vaccinating.

One year later when dealing with COVID, what remains as the dominant visual on all media here is the image of needles going into arms--this is NOT enticing, even possibly for masochists. Conjecturing that this contributes some ad populum appeal is just too feeble to treat seriously.

Worse still, this visual sets the frame for the sometimes white-coated experts urging vaccination. The only other visual much apparent is a tufted ball ominously floating through some micro-universe, presumably to represent COVID magnified under a microscope, and on its way to infecting someone. Does anyone really think this conveys confidence in science?

As the world continues to face the worst pandemic in living memory, what is outrageous is the failure to learn from so many well-documented, successful public health campaigns--strategies and insights readily available from decades of encouraging better behaviors on smoking, drink-driving, skin-cancer prevention, swimming pool fencing, and a host of other public health concerns.

Among the many early anti-smoking campaigns that failed to work were some blanket representations of dire consequences from smoking, with dramatically graphic visuals failing to change behavior.  As with any communication, creatively anticipating varieties of interpretation matter, along with testing of draft "messaging." Surely, we can do better now!

Wherever you're reading this, feel free to comment on the extent to which public communication is helping or otherwise your nation's efforts to vaccinate--which, so far, is the only way to make us all safe.

Most importantly, ask your leaders and media what each will do to help.

Hoping that you keep safe over the festive season--and let's wish for 2022 to bring better!