Words of the Year* 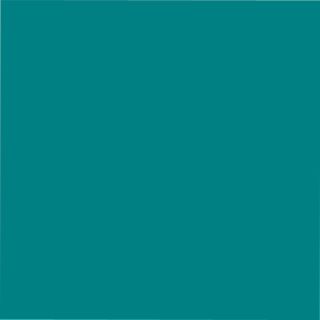 At a time of "permacrisis" and "gaslighting" the Macquarie judges wisely went local, embracing teal as word of the year

Written by  Roslyn Petelin, Course coordinator, The University of Queensland

The Macquarie Dictionary has announced its word of the year–“teal”–also chosen recently by the Australian National Dictionary Centre as its word of 2022.

Teal, a colour that’s not quite green and not quite blue, is, of course, a peculiarly Australian choice. As is the Macquarie people’s choice: “bachelor’s handbag”. I wonder who came up with this as a term for supermarket BBQ chicken (and pork and beef) sold in plastic bags with handles. And why narrowly confine it to the demographic of “bachelor”? Did we really need this term? Will it catch on?

But let’s return to the Macquarie committee’s choice. The greenish-blue colour was used by several independent candidates for their promotional material in the 2022 federal election. A loosely-aligned group of female professionals turned politicians successfully challenged incumbents in blue-ribbon seats, resulting in a “teal bath”. Teal is now used as a term to cover independent centrists whose key policies support strong action on climate change and the establishment of a federal integrity commission.

It’s easy to see how it was chosen as word of the year because it gained currency during the election campaign and has been useful ever since. “It’s not a brand-new word,” said the committee, “but a brand-new sense that no-one saw coming.” I thought at first “teal” was an odd, uncreative choice, but I have come round to it because of its serious political importance here.

The Macquarie committee’s runner up was “truth-telling”, “the act of relating the facts of a situation, exclusive of embellishment or dilution as justification of past actions”. So, both leading committee choices are centred on the Australian political landscape of the past 12 months.Other major international dictionaries–Oxford, Cambridge, Collins, and Merriam-Webster–base their decision on data generated by the number of “lookups” registered on their online dictionaries during the year. Macquarie, however, relies on a committee of experts to choose its word of the year.

The people at Collins Dictionary have chosen “permacrisis”  to represent the extended period of instability and insecurity worldwide. Surprisingly, Macquarie’s list hasn’t highlighted the war in Ukraine or climate change.

Merriam-Webster has chosen the psychological manipulation of “gaslighting”. Merriam has reported a 1,749% increase of “lookups” in 2022, an indication, perhaps, of the ubiquity of this horrible, manipulative practice.

Australia’s Macquarie has provided a rather colourful long-list of words spanning 14 categories with some quirky choices.

Several are related to the COVID-19 pandemic including “spicy cough” (for COVID-19 itself), “COVID virgin” (for those who have remained free of it), “pandemic brain” (for the diminished mental capacity some people have experienced, such as forgetfulness and lack of concentration), “goblin mode” (to embrace the indolence and slovenliness–supposedly characterised by goblins–brought on by the enforced isolation of lockdowns), and “cooker” (a person protesting against vaccine mandates).

Omicron makes the list, but, surprisingly, long COVID doesn’t.A couple of other long-listed words also evoke the pandemic: “quiet quitting” (strictly limiting oneself to performing the task and hours worked as specified in one’s job description) and “e-change” (a move from the city to a rural environment enabled by being able to work remotely).

Technology is represented by “bossware” (software that allows a boss to remotely monitor and measure staff activity and productivity) and “yassify” (which allows a person to apply multiple filters and edits to an image or digital photo, thereby transforming the original to a glamorous, more beautiful version).

One term I would classify as unnecessary is “passenger princess” to describe someone who is old enough to have a driver’s licence, but always remains a passenger.

In the fashion category, we have “Barbiecore” for the hot pink redolent of Barbie outfits. Then there’s “fauxgan” for a non-genuine bogan who dresses like a real one. How could one tell?

Most of us will have noticed the “shrinkflation” adopted by food stores, whereby products have been reduced in size and quality while prices have remained the same or, in many cases, also increased. And many will have suffered from “orthosomnia”, caused by a preoccupation with obtaining the amount and quality of sleep recommended by wearable sleep-tracking devices, thereby making our sleep quality worse.

If you have a hankering to express your view on the words of 2022, for the first time, Oxford has opened its award up by inviting its international readership to vote (open until December 2). It has provided three terms from which to choose: “metaverse” (the virtual reality environment), #IStandWith" (a hashtag used to express solidarity), and “goblin mode”.

I can confidently endorse the first two, but I’m not sure about those goblins. They may claim they have been subject to discrimination.

[*This article is republished from The Conversation under a Creative Commons license. Read the original article.]

at November 30, 2022
Email ThisBlogThis!Share to TwitterShare to FacebookShare to Pinterest