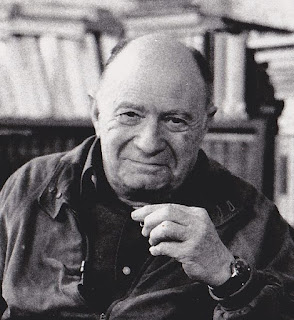 A Gary Larson cartoon that a friend recently shared illustrates, by analogy, some of the dilemma the United States faces tackling domestic terrorism.

In the cartoon, four pampered pooches are grouped together in a green field. They are looking toward the edge of trees or woods on the left, and behind them is a pull-cart, with one dog in harness to the cart. The cart is stacked with large books labeled Domestication. The pooches are well-groomed and relaxed, with the lead dog reading aloud from a large open book, also labeled Domestication. This optimistic pooch directs the reading from the book toward the woods, where a pack of wolves glare back at the dogs, fixed in their gaze, and poised for attack, clearly anticipating lunch.

Putting aside the visual exaggeration the cartoonist used to create the comic, the recognizable dilemma remains that "we the people" (also known as "lunch") don't seem to be equipped with even a basic playbook to handle the culture of domestic terrorism.

And, wouldn't it be a good thought to have some ways to address this reality? Especially since, of the many human phenomena, culture is among the slowest to change - regardless of what the latest promises for culture change in organizations claim.

Almost two decades ago, after 9/11, and following a dozen bomb alerts in just one day, I recall my wife's wisdom saying sadly that this would change the country forever. So, to handle foreign terrorism domestically, we have built practices to lessen risk.

But, it was two years ago that a neighbor wanted to help fight the coup. This then-odd comment was stimulated by a domestic wannabe-leader's using such words repeatedly in mailings to the neighbor and so many others. I knew then we were at the beginning of a very different reality.

Domestic terrorists have used age-old emotional appeals, such as fear of "others" or an array of desires... for recognition, for virility, for accomplishment or for belonging, to strengthen connection with adherents and to acquire new followers for the propagandist's worldview.

Unfortunately, as a society, we are well primed to tolerate and respond to propaganda processes, thanks to generations of political and commercial propagandists working us over. For example, perhaps we think of rumor and fashion as two very different realities that we live with. Yet they are very similar in how potently and quickly each spreads and stimulates automatic responses. As Jacques Ellul pointed out, rumor and fashion are forms of propaganda; it's just that in the interests of commerce, we've given fashion a more friendly name.

Fads of fashion are spread by ad populum appeals, advancing a herd-mentality, especially when supported by advertising campaigns. Just one odd example was the now, little-seen yo-yo. This toy, for anyone not familiar with it, consists of small discs joined by an axle spinning at the end of a piece of string, and was featured as far back as 440 BC on a Greek vase. The toy's popularity has waxed and waned over the centuries. From the 1960s, the yo-yo saw a comeback campaign, with a series of television advertisements. It was also used to help sell otherwise unrelated products, as yo-yo dexterous performers toured the world's schools and fairgrounds; and, by the way, promoted products.

These folks displayed skill we wanted to emulate, by delivering amazing tricks with these spinning disks at the end of a piece of string, from the basic "walk-the-dog," which every self-respecting school-kid might master, to "around-the-world," "rock-the-cradle," and other more elaborate tricks that only the truly competent could tackle after much practice.

All this seemed fairly harmless. It was certainly less immediately dangerous than the physical harm dealt out in some enduringly fashionable contact sports. Yes, fashion is quite the driver of a range of behaviors, including the banal, like hula-hoops, emoji, and the assigning of "likes."

The problem that occurs for "we the people" is when the propagandist, whether commercial or cult-promoting, can find, from among all the possible responses that we might make, a relational response that connects us to the propagandist's objective. In other words, we, the propagandized give ourselves over to automatic response to what's said by the propagandist about what's going on around us.

In his comprehensive and nuanced book Propaganda, Jacques Elull concluded by illustrating where propaganda could fail. He implied ways to mount counter-attacks, to diminish the impact of propaganda, as I've outlined in earlier blog posts. The strategies he described are potent, as are the recommendations more recently in the work of Randal Marlin, so well-grounded in the wisdom of both Ellul and George Orwell. All these writers have serious value in these times. Each helps to build further principles and techniques for the practical dismantling of propaganda.

It's good that many school curricula have increasingly included ways to identify and counter propaganda techniques. Many incorporate simple approaches for dismissing the inane emotional fallacies of much advertising; but more and broader efforts are needed.

For example, further strengthening is needed more widely of efforts to teach writing through a problem-solving approach, to advance writing as thinking. For some insights on this, do take a look at former colleague, Roslyn Petelin's interview of Professor David Crystal in 2014 (on YouTube). Crystal raised concern about the absence of grammar from most writing classrooms from the 1960s up until the 1990s, which, as Petelin pointed out, Professor John Frow called "a calamity." Hard to figure how one's supposed to write thoughtfully without a workable knowledge of grammar. Whatever fashion drove this impulse might periodically still need dismantling.

In relation to the domestic terrorists in the United States, it's a reasonable start to keep calling terrorists what they are and to keep calling out lies or "the big lie," while prosecuting illegal behaviors. We do also need to get beyond these first stages and address the systemic challenges though.

What will we do to -

* Enhance feelings of belonging in civil society among the propagandist's targets?

* Defuse the impact of rumor that occurs through social media and otherwise, which gains power, as Ellul noted, "the farther away the source and the greater the number of individuals who have passed it on, [so that]... the more the objective fact loses importance and the more the rumor is believed by the multitudes who adhere to it"?

* Nurture a variety of viewpoints through stepped-up "conversation and dialogue" as Ellul urged--to sharpen doubts about formulaic comments, and lessen the likelihood of responding to a propagandist?

* Intercept spontaneous responses to a propagandist, before these become learned responses connected to the propagandist's objective?

Brainwashing seeks to weaken independent thought and absorb the individual into the mass. Ellul pointed out that propaganda more broadly also aims to eliminate individualizing factors. He warned that: "At the moment when the attitudes learned by propaganda begin to prevail over... [what is] ... second nature, they become collective, and the propagandist who has taught them can then calculate more easily what a given stimulus will elicit from them."

Our better future will be found through the vigor of our strengthening individual thought.

Ellul. Still the best single work on propaganda. Thanks for the refresher.

You're welcome. Much thanks for your note. Ellul's thoughtfulness still inspires (if I might borrow a sentiment you nicely expressed) many "workers in the vineyard of propaganda studies" to address the challenges of democracy.