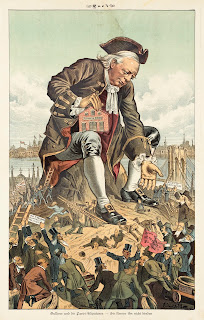 Engaging an audience takes talent. Whether comedian, TV anchor, journalist, or a speaker or writer for any purpose, how you start sets the stage for all that follows. Especially in the snappy world of social media, the choice of visuals as well as your first words matter.

We know that with distractions just a click away, it's best to get attention to topic, theme, and you, quickly! From the earliest teachers of rhetoric onwards, we've known that audiences look for an introduction, a body, and a conclusion; and the best introduction attracts attention to both the topic and the speaker/writer, as well as directly developing the topic. We connect with anyone who does this well.

Clearly, what you choose to mention among facts, opinions, and ideas, along with the words you chose, how you shape sentences, and how you develop passages, all impact how an audience sees you, thinks of you, relates to you, and hears what you say. The talent of making these choices well grows from thinking to do, from thoughtful "listening," and from practice.

During the introduction, as in any first meeting, a listener or reader intuitively looks for common interests, along with signs of who you are in the words you choose; which signal your tone, role, stance, and personality.

When teaching speech-writing, an exercise that I often used to help reveal how language choices project personal style and persona (adopted role) was to ask students to read brief speech excerpts, which didn't identify who the speakers were. The students then described what personality characteristics they detected from the language choices, wrapping up with the inevitable guesses about the identity of each speaker.

In common with much teaching of rhetoric, we also listened to the recorded speeches of a wide variety of powerful speakers, to take note of specific language features that resonated.

The speakers of course included Sir Winston Churchill, whose early experience in journalism showed through, with his initially setting a scene, then dramatically relating events to inspire commitment. Or, John F. Kennedy's memorable introduction in his inaugural address, urging observance of "not a victory of party but a celebration of freedom." And Martin Luther King Jr's deeply resonant voice, to commence his sharing of a dream, by marking the occasion of the day's march to Washington DC as "the greatest demonstration of freedom." Each alerted listeners to focus the moment.

Some speakers use questions to begin. Mahatma Gandhi asked what was non-cooperation and why was it important; and Jawaharlal Nehru asked what brought "friends and fellow Asians" together. Each, with straightforward engagement, developed tremendous following. Across a range of Australians, from Dame Enid Lyons, Sir Robert Menzies, John Curtin, Oodgeroo Noonuccal, Gough Whitlam, Germaine Greer, and a host of other community leaders and advocates of social change, a similar variety of approaches for introductory remarks is evident.

Even the less savory provided lessons. Such as the opening to Richard Nixon's 1969 inaugural address, where he acknowledged that "In the orderly transfer of power, we celebrate the unity that keeps us free;" indicating how far down the escalator it's all traveled since. Or, the rambling Adolf Hitler in 1938, complaining of "the foreign press [who] inundated the new Reich with a virtual flood of lies and calumnies," which hardly deserved repeating, yet some still like to hear their own echoes of that approach.

On the flip-side, the nineteenth century's so-dubbed "most famous man in America," Henry Ward Beecher, so the story goes, one hot summer evening walked into his routinely over-crowded church, and the assembled congregation became aware of his uncharacteristically removing his coat and tie, and mopping his head with a large handkerchief. Once in the pulpit, with all eyes fixed in his direction, Beecher exclaimed "It's so goddamn hot in here tonight!" After a pause, he stated that this was what he'd heard someone say as he'd walked into the church; then he delivered a sermon on blasphemy.

Today's audiences might not sit still for the length of sermons and other speeches so common in the nineteenth century. Yet Beecher's introduction stands the test of time, to illustrate how he made full use of the situation and his own movement, combined with careful timing and a very few words, to commence his remarks powerfully.

Choosing well the ideas, nonverbal opportunity, and words we use makes a real difference.