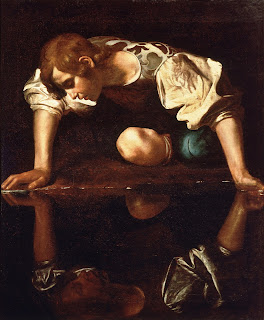 If imitation is the sincerest form of flattery, how hugely ironic it is that phony populists swim in a sea of self-adulation, obsessively interested only in themselves; narcissistic in their ignorance that George Orwell long ago illustrated how to tear down trash-talk to restore truth, and Jacques Ellul alerted us to both the dangers and limits of propaganda.
Like many of us today, Orwell and Ellul had their fill of wannabe leaders wanting to snatch up control of governments and freedoms. And, we hardly need reminding of the horrors that the phony leaders caused then.
During the upsurge in phony populism more recently, it's been healthy and useful to use the mute button on nonsense claims, or switch TV channels, or turn off the tech, or question presumptions in the too-often-repeated outrages.
It's understandable to wonder where is the mute button to counter propaganda more widely. We dampen nonsense on television this way, why not other trash-talk? And, why do mainstream and social media so like to magnify manufactured outrage?
When a fringe-mob violently tried to overthrow democratic government in the United States almost seven months ago, many of us were more than tired of the phony tirades and trash-talk. By then, manufactured outrages often dominated public communications.
Orwell and Ellul had warned about the use of media to engulf us in a swell of swill. Ellul noted that propagandists win by denying freedom of thought. And, with fashion, rumors, and propagators of weird social beliefs aided and abetted by some unprofessional news-folks and social media, of course we'll always be targets of propagandists.
To help swim the sea of propaganda, with its hidden currents and rips, and to encourage the critical thinking needed to do so, Ellul outlined what enables propaganda. He provided relatively few specifics on what we each might do to counter propaganda, as Randal Marlin pointed out in a recent blog-post here. Ellul sought to stimulate, not dictate our thinking. His thoroughly exploring principles and practices remains useful though, to help swim across the tidal rips of propaganda to reach a better destination.
One of Orwell's contributions was to help us scrutinize language, to look for the tells that identify the self-interested wannabe controllers of thinking. He also explained how to deal with their language, which was especially well-outlined in his famous essay, "Politics and the English Language"--first published in 1946, and still well worth the (re-)read.
As daily life gets engulfed in a swell of swill on digital devices and other products of the technological age that we welcome into our lives, it becomes increasingly important to enlarge commitments to critical thinking. Educators have a role here, but the declines in teaching logic and the already crowded educational curricula mean that logic and other life skills like civility, or information literacy, or financial management, or the law will be formal educational experiences beyond the reach of many.
So it is up to each of us to build defenses and offensives to dismantle propaganda. Check out earlier postings on this blog for some "to do's" to counter propaganda, and/or look into Randal Marlin's excellent Propaganda and the Ethics of Persuasion [Here].
Plenty to be concerned about, with the continuously rising impact of technology on what we see, hear, and do, as well as the ongoing efforts of wannabe leaders pretending to be democratic, who aim to control people directly, or through legislative sleights of hand.
at July 30, 2021